Earlier this week, I ventured over to Newcastle upon Tyne with the rest of the Get Invited team to attend Industry Web Conference. This was a very different and special conference for me as we were exhibiting Get Invited for the first time.

I had a highly enjoyable time listening to a wide variety of talks, meeting new people and establishing some future opportunities for Get Invited. The conference was exceptionally well organised and had a lovely chilled out vibe over the two days. Of course, there was plenty of free beer, food and sweets. Hat tip to Mr Gavin Elliot for a stellar job on organising the whole thing.

The Get Invited Stand

Of course, the highlight for us was being an official sponsor and having our very own exhibitors stand in the main hall. It was our first time demonstrating our product on this scale, which caused a little stress and a few late nights in the run up to the event. Thankfully, everything ran smoothly in the end – we had some great conversations with various people, including new customers, one of our competitors and the guys from a local accelerator programme. 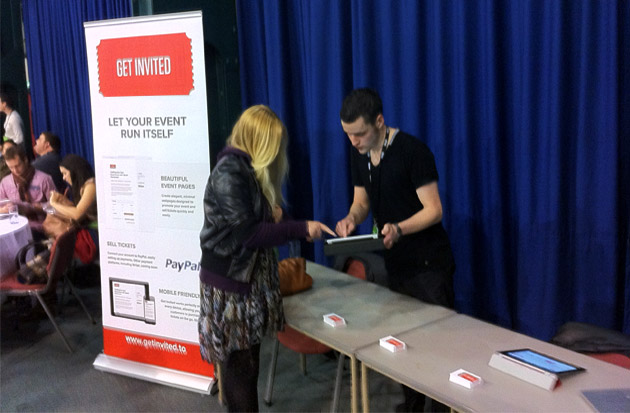 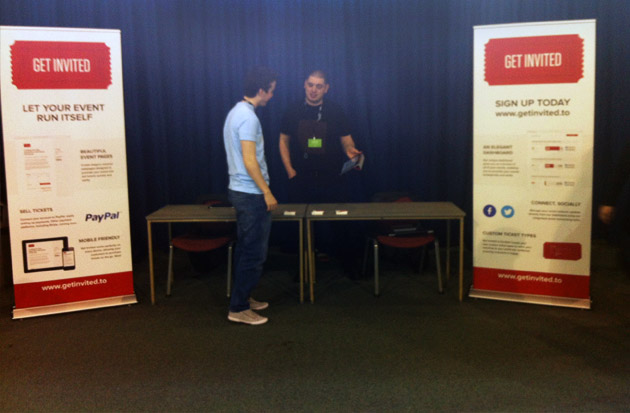 Overall, the feedback was very positive – one of the best aspects of these conferences is the helpful attitude of others, we received plenty of suggestions and also some fantastic help from Josh Brewer of Twitter – who kindly spent some time with us after the event.

I learnt a lot at Industry – all of the talks were in some way relevant to my own practice and experiences. I’ve summed up the main take aways below.

Rachel Andrew - Things We Have Learned While Supporting Perch

Rachel gave a very informative talk on her experience offering technical support at Perch – it was quite an eye opener with many points taken onboard for Get Invited. The most striking insight was the sheer magnitude of the support system, even for a small product, which is something I hadn’t previously considered. Rachel provided various examples and techniques for streamlining the support process, such as implementing a support ticket system that allows queries to be prioritised and handled by multiple team members, and also building support into the user interface by utilising informative error messages that assist users in solving problems by themselves.

Researching modular CSS is something that’s been on my to do list for a while and Harry’s talk provided a much needed push to do this. The lack of a scalable structure in my own projects has become an increasingly concerning problem recently as I’ve transitioned from building client websites to digital products – which are vastly more complicated. My stylesheets are beginning to become bloated and unmanageable as a result, much to the frustration of David, our developer.

Harry’s talk was certainly a push in the right direction, although it could have benefited with more code examples for the less techie people like myself, but it’s certainly a topic that merits more in-depth research.

Christopher Murphy - We Are Navigators

Next up was our very own Christopher Murphy disrupting the higher education system. After an emotional clip from the film Dead Poets Society, Chris gave a passionate talk on how teaching should be – based on the master and apprentice model. The talk perfectly encapsulated his unique style of teaching, which he described as* ‘designing young minds’* – a combination of an individually tailored academic approach for each student and a furious desire for driving people to success, building self confidence and pushing the boundaries of self belief along the way.

I’ve been very fortunate to be on the receiving end of his teaching, which has had a huge impact on shaping my own practice and thinking. His talk at Industry was especially insightful with regards to my own teaching career and the development of my own teaching style.

I was surprised to hear that this was Ashley’s first speaking engagement – she demonstrated an enormous stage presence and had everyone captivated with her compelling storytelling technique. The talk was a huge slap in the face for anyone who makes excuses for not pursuing their goals, she presented the emotionally charged story of how she built her own online insurance company, taking over from her father following his death when she was 18.

The highlight was hearing about her frustration with current online insurance quote systems and her response to this, rather than complaining about the problem – she did something about it by teaching herself the necessary web development skills (including Ruby on Rails) and then building her own quote system. The output was a well designed system which reduced a complex system of multiple pages into a single easy to use form. This attracted the attention of over one thousand insurance companies who now wanted to use her product. What an inspirational attitude – acquiring these skills with no previous experience would have certainly been no easy feat.

Sharing his experience of moving from his job as an Apple engineer to setting up his own business, Noah provided more insights that resonated with my own feelings and experiences. I found it surprising that someone could so easily and quickly give up a job at Apple, but he expressed his lack of job satisfaction (something that doesn’t mix well with any creative person) which eventually drove him to setting up his own web design business.

If you haven’t seen it already, you should definitely check out his first portfolio website.

Having lived in almost every country in the world, Rasika shared stories about UX in a cultural context. We’re all familiar with cultural colour schemes, but this talk delved a little deeper into the process of developing global websites by investigating principles of psychology, cultural groups and symbols. This sparked an interesting debate on naming conventions and the need for naming interface components based on their function, not appearance. This was perfectly demonstrated with the navigation icon, which is commonly dubbed with the ridiculous title of the ‘hamburger icon’ – and as it turns out, hamburgers are evil.

This was a very in-depth explanation of the process used in the latest Twitter redesign, evidently a monumental task which Josh perfectly distilled, sharing many useful techniques and tips – most notably that everyone should invest in a huge plotter and print out giant sheets of paper to pin on the studio wall.

This was another talk that was directly related to my own practice of digital product design. Although the Twitter redesign was on a much greater scale, it provided insight into the challenges we will face down the line as Get Invited expands, such as; ensuring consistency across a range of platforms, maintaing a design language within a large team and implementing an effective system for iteration and version control.

While attempting to answer the complex question of what is the web? Jeremy took us on a passionate journey, from exploring the history of the world wide web to analysing its current form and design practices. There were a number of interesting points, including designing in a responsive context – where designers should create styletiles - visual impressions of a website that define the atmosphere and tone of a project without setting a rigid layout or composition. He also explored the idea of designing URLs and the need to move from complex, unreadable URLs created by machines for machines, to human readable URLs designed for humans.

In closing, it was very worthwhile trip – I’ve learnt some new things, made some new friends and connections, created future opportunities and had great fun in the process.

You’ve decided to purchase a new laptop. You set off to your local retailers and discover two models…

How to Use Social Proof to Increase Conversions on Your Website

In The Art of Online Deception, I explored the darker side of online persuasion, the techniques described in the…