“Using a Apple Mac will make you a better designer” - this was a common joke I used to hear in the studio where I once worked. At the time I didn’t think much of this other than it being a humorous remark, although after reading Don Norman’s book “Emotional Design” I started to uncover some truth in the comment.

Norman states that ‘attractive products work better’ - and while this seems like a bold statement, he explains that aesthetically pleasing products create positive emotions which can vastly influence our experience of a product.

When I first purchased my Macbook, and indeed used one for the first time, it created many positive emotions – and continues to do so. The quality of the product, the attention to detail and the exceptional user experience all contribute to making me feel happy when I’m using it.

When we are happy, we are more creative – our minds are opened up and we begin to think more laterally. In contrast, when we are frustrated, anxious or angry – we develop tunnel vision, becoming focused only on the problem and becoming less creative as a result.

In reference to the original quote; it could be argued then that using a product that makes the user feel positive and happy, stimulating creativity, therefore makes them a ‘better’ designer.

I use the term ‘better designer’ loosely, it’s a vague statement and difficult to measure. Perhaps, more productive or *more creative *would be a better definition.

The Future of Self Service Banking

A common gripe of mine is the often unpleasant experience of using an ATM machine; these are slow, clunky and generally frustrating to use due to a poorly designed interface and unconsidered user experience.

It’s not uncommon for these machines to exhibit delays while processing requests, and although this may be unavoidable – the lack of user feedback during the process creates anxiety and frustration.

In 2007, IDEO redesigned the ATM service for the Spanish bank, BBVA. The whole experience was designed using a human centered approach – built upon observations of real customers banking experiences using existing ATM machines. The result was a much improved user interface and experience.

The functionality of the ATM machine remains exactly the same – it is the aesthetics and user interaction that have been modified, which greatly influences the user’s experience of the product. Existing problems, such as long delays without feedback have been resolved by visualising each interaction so the user is always informed and aware of the current stage of the process. 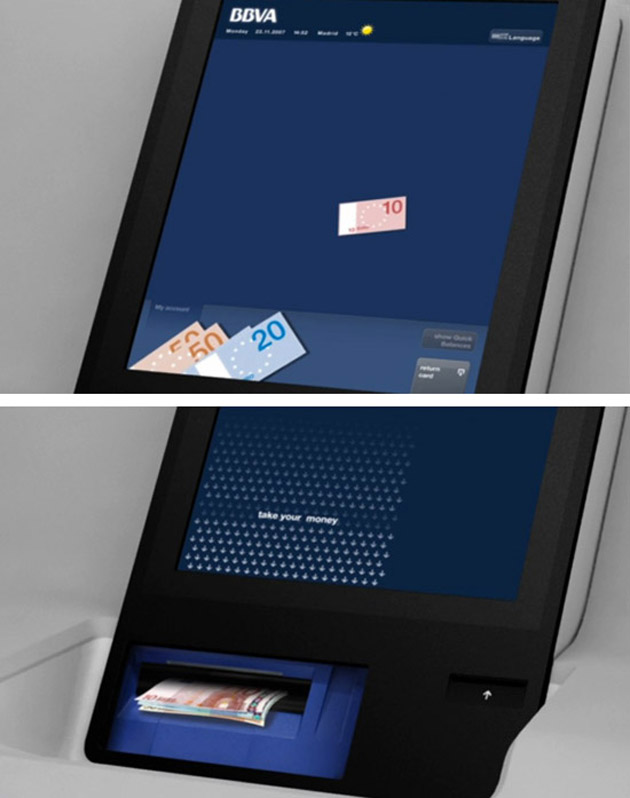 In theory, this sounds great – create attractive products and they will work better, although defining what constitutes as attractive is a difficult task.

Aesthetic objectivism refers to the idea that aesthetic properties exist in objects independently of the user or observer, where as aesthetic subjectivism is concerned with the idea that the aesthetics of an object are based on the individual’s perception.

We all have different tastes and definitions of beauty, which are influenced by society and economics, so it’s not as straight forward as meeting a certain criteria for developing an ‘attractive product’.

While an Apple Mac might be an attractive product for some, that consequentially stimulates positive emotions – it may not be the case for everyone, in some instances the opposite may be true. Therefore, we must define the target audience of a product and determine the properties that will create the appropriate aesthetic response for that particular group.

To conclude, we can determine that attractive products have a positive effect on the user experience and usability of a product due to the positive emotions gained from using a pleasant and emotionally engaging product. However the aesthetics involved in creating an attractive product are subjective to the individual user, there is no universal definition of beauty so the experience will vary from user to user.

One of the principle ideas behind 37 Signals’ book ‘Getting Real‘, is the production of real software in favour…