Want to drive tens of thousands of hits to your website by sending a few emails that take less than a minute to compose?

I'm going to share exactly how I drove over 46k hits to my Bear CSS website in just a few weeks without spending a penny on advertising or more than a few minutes of time.

Diffusion of Innovations is a theory devised by Everett Rogers that explains how new ideas and technology spread through a social system over time.

The diagram illustrates the five categories of adopters. At the left we have the innovators and early adopters, these are the first people to adopt new ideas and technology, the early and late majority are the general population and represent the largest section of the market while the laggards are the people who are probably still using an Nokia 3310 ;-)

Why is this important?

It's the innovators and early adopters who influence the rest of the market and create a tipping point during product adoption. These are the trendsetters who are the first to own the cool new gadgets before anyone else, and who typically have a large audience. When they try new products and talk about them, the rest of the market is influenced by their choices.

If you're trying to promote a new product, you want to initially market it to the innovators and early adopers, not the early or late majority. If you can get these first groups to talk about your product, you'll reach a much wider audience than by targeting the middle of the curve.

Of course, in order to do this you must:

Let's look at some examples: 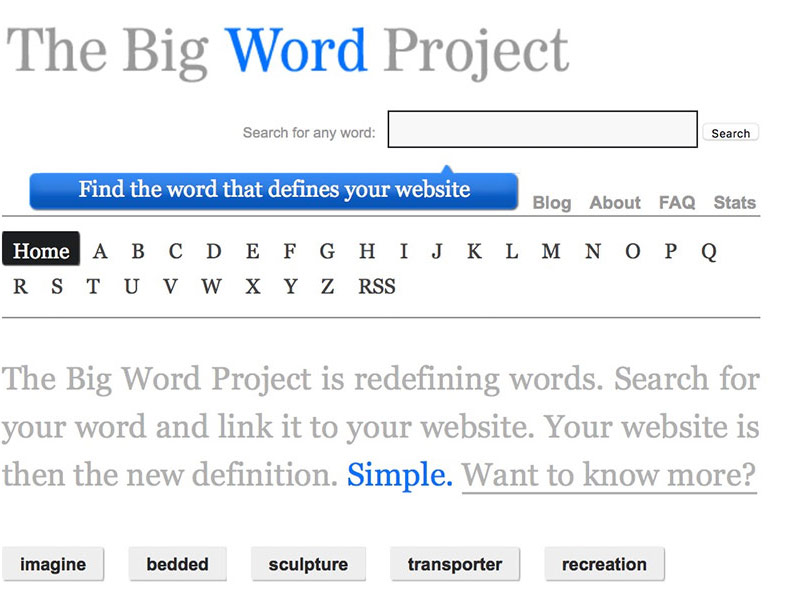 The Big Word Project is a take on an online dictionary which enables consumers to purchase a word from the dictionary for $1 per letter, and then link that word to their own website.

For example, Pepsi might purchase the word "Cola" and then link it to the Pepsi homepage.

The project was created in Belfast by Lee Munroe and Paddy Donnelly as part of their Masters project at The Belfast School of Art.

They leveraged this theory and contacted Jon Gruber – a hugely influential tech blogger – and told him about the Big Word Project. He thought it was a cool idea, and wrote this blog post about it, which drove a considerable amount of traffic to the site who purchased 2800 words almost overnight.

As a result of this, it was picked up my thousands of other blogs, including Wired Magazine and newspapers like the Daily Mirror and Irish Times. Both Lee and Paddy were interviewed on Channel 4 and BBC Newsline too.

I learnt about The Big Word project when I was studying on the same Masters course and decided to apply the same marketing strategy to one of my own products to see if it would work for me too. 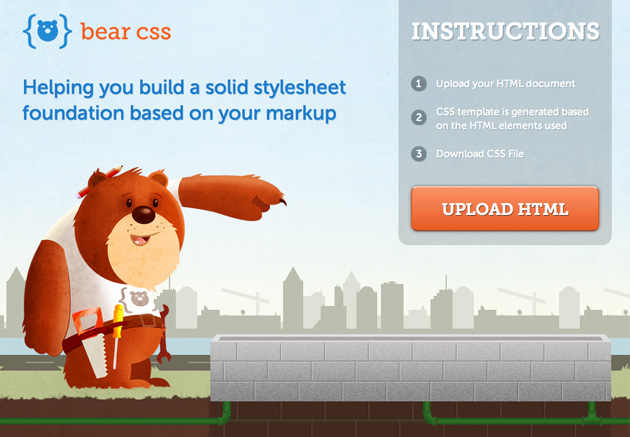 Bear CSS is a time-saving tool for web designers that I created. It's more of a novelty than anything, but it's centred around the story of a cute little bear helping to build websites.

I wanted to distribute the product quickly and efficiently as Lee and Paddy had done with the Big Word Project and I managed to grow traffic to 46k in just a few weeks.

Here's how I did it:

The first thing I did was to drive the easiest traffic I could to the site and get the domain to rank on Google. For this, I submitted the site to CSS Mania - a gallery of well-designed websites. CSS Mania has a lot of traffic and I knew a link from here would be quickly crawled by Google's search engine and give the domain credability.

The diagram above shows how the traffic grew from zero to a peak of 649 the next day before tapering off to a few hundred hits per day.

Next, I identified an influencer in my industry who often blogs about these types of projects – Chris Spooner. Chris runs a number of high traffic blogs, such as Spoon Graphics and Line25.

I pinged him an email with a link to Bear CSS and a note that it was something he might like.

I didn't ask Chris outright to blog about the project – I'd never spoken to Chris before so I just wanted to share it with him, and because I had faith that the product was worthy of being talked about, I was confident that he would blog or tweet about it.

I got another 400 hits on the 27th January when he shared Bear CSS in his Line25 weekly roundup post.

Step 3: I Did Nothing

I didn't do any more promotion for Bear CSS after this because I wanted to measure the effect that Chris's post would have on traffic (and because I'm lazy).

Someone had spotted Bear CSS on Line25, and then posted about it to YCombinator's Hacker News blog on 31 January. I arrived into University that day to discover the traffic was skyrocketing as a result of this post.

The total hits for that day was over 10k. 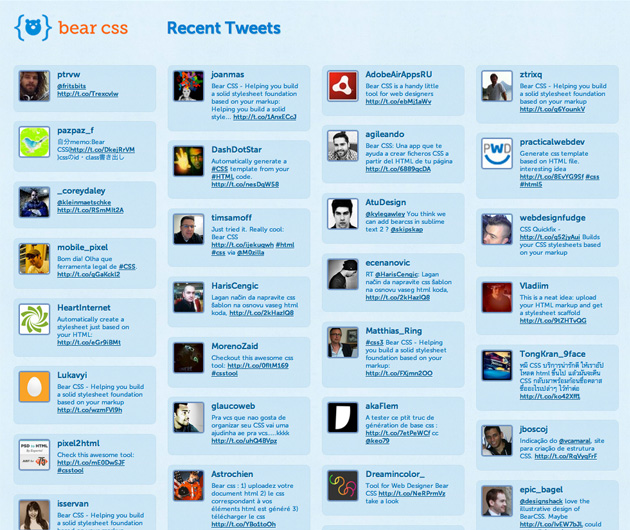 From this, a Twitter epidemic began with thousands of people from across the globe Tweeting about Bear CSS in multiple languages, which of course drove more traffic to the site – over 46k hits in just a few weeks.

It had reached a tipping point from the two influencers (Chris and Hacker News) and thousands of people were dicovering Bear CSS and starting to promote it into the larger part of the diffusion curve.

Other blogs started to write about it, including The Next Web and it was even printed in the Web Designer's Idea Book. 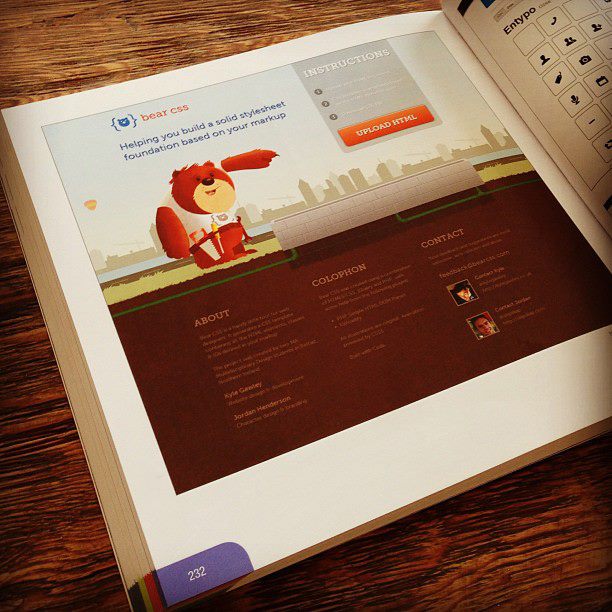 Not bad for just sending one email, huh?

Caveat: I may have only sent one email, but it took months to devise the story and build the product. If your product sucks, then no influencer is going to write about it.

If you're interested in finding out more, read these two books:

My First Week as a Digital Nomad

I've just completed my first week as a Digital Nomad in Thailand, it's been a good week, but a…

Why I'm Becoming a Digital Nomad

In four weeks time, I'm going to be packing up my life in Northern Ireland and heading off to…