Last month I received an email informing me that I’d been selected from over 500 of the worlds best student entrepreneurs to attend eBootcamp 2012, held at Stanford University in California.

I left Northern Ireland just over a week ago and boarded a flight to New York before moving on to San Francisco. Upon arriving at Stanford, I was a little overwhelmed by the size of the campus but fortunately the students were very helpful in showing us around. 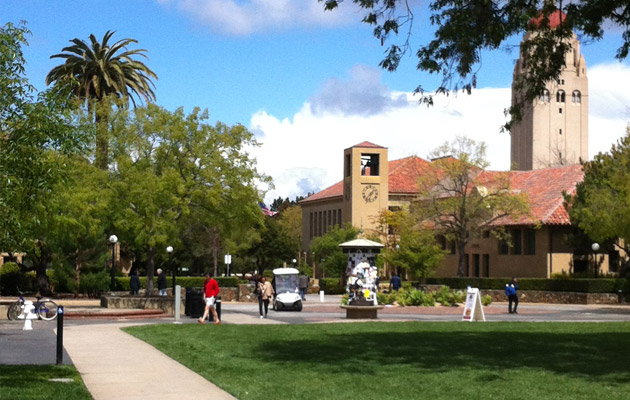 6 days later; I was still getting lost, the campus is like a small city and coming from Northern Ireland, I’m not used to American sized things; as I also found out when ordered a large soda.

During the first two days we were treated to a tour around various Silicon Valley start ups. The best, and certainly the craziest of these was the GooglePlex, which have inflatable conference rooms, free food stalls, a barber shop and an infinity pool complete with its own lifeguard. The food in the cafeteria was delicious, with offerings from a variety of cultures – Mexican, Indian, Japanese – provided by top, professional chefs. Oh, and it’s all free. 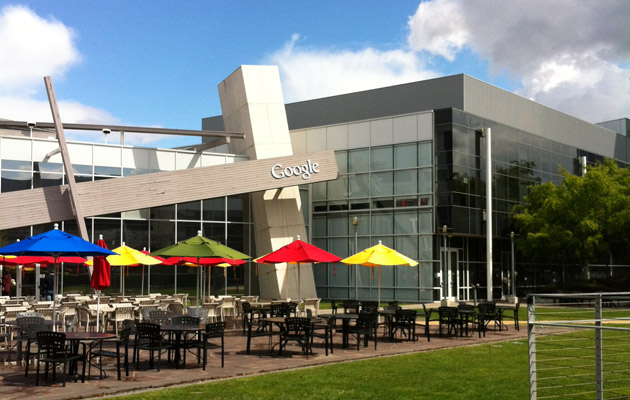 We also visited the Yahoo! data centre, where we met with co-founder David Filo, the technology in there would send any nerd’s brain into overdrive. Thousands upon thousands of hard drives consisting of every zettabyte of data from Yahoo’s services.

Foursquare was one of my favourite visits, although they didn’t offer free food or have an on site masseuse – it was fascinating to hear about the growth of a young startup and how the company has developed along with their plans for further expansion. They had a pretty cool “portal” to their New York office as well – a live feed on a large TV screen so people can communicate with the main office without using phones.

Some of the other places we visited included Tesla, Intel, Rock Health and Zynga (which was pretty fun as well – they had a live band playing in their canteen when we arrived and a sweetshop with free sweets).

There is certainly a very fun and liberal working culture in California.

The conference consisted of a variety of presentations and workshops. The opening talk by Doug Leone was a great introduction to the attitudes around Silicon Valley for those who have never been here before. The following morning we were treated to talks from David Veenstra from Coinstar and Vinod Khosla – ex CEO of Sun Microsystems.

These talks were hugely inspiring and really illuminated the vast difference in thinking between the UK and California.

In the UK failure is a taboo, humiliating experience which often paralyses attempts at following through on ideas. In Silicon Valley, failure is accepted and the lessons from it embraced – it’s a learning experience, people aren’t afraid to fail, resulting in more ideas being carried out. As Mr Khosla put it - “my willingness to fail gives me the ability to succeed”.

UK startups tend to be heavily focused on revenue and business models; if this isn’t established early on, then people are less inclined to start the business. In Silicon Valley, lack of a solid business model at the beginning is fine – once you gain users, you can then figure out a revenue model based on user metrics and behaviour.

This was mentioned repeatedly, by virtually every speaker. The venture capitalists love traction, so get your product out there as quickly as possible and get people using it, even if it’s not perfect, you can keep iterating. “It’s ok to hold it together with duck tape for now” – David Veenstra.

The finale of the conference was a pitching competition between the 100 student entrepreneurs. In preparation for this we had a short workshop to help us develop our structure and content. While this was a very good workshop, I’m proud to say that the advice and training we receive on the Masters course was much more in-depth and beneficial and it served me well during my presentations.

The pitching was very intense, we had only a short time to prepare, combined with many 18 hour days and vast amounts of coffee it was a great experience working under pressure. Unfortunately I didn’t make it into the final round, but it was a brilliant opportunity and the feedback from some of the Silicon Valleys VC’s was very encouraging.

What Have I Gained?

I applied for eBootcamp with the intention of learning more about entrepreneurship and business and I’ve certainly gained a lot of knowledge in these areas, especially venture capital and the nature of startup

The mindset of the people over here has created a massive shift in my thinking. The overall mentality seems to be, as Nike puts it - just do it – even if you can’t see the whole picture right now, just get it done, stop defining obstacles and reasons not to try and get something up and running.

I’ve realised not to let my ideas become constrained by my own abilities or limitations; just because I may not be able to implement something myself – doesn’t mean I shouldn’t do it. My ideas are always very focused on applications or the web, because this is what I’m familiar with. I’m now making a conscious effort to expand my awareness in the world to discover problems I can solve in other areas.

I met so many truly amazing people; from various cultures across 64 different countries, which has greatly impacted on my social and communication skills. It’s refreshing to be amongst so many positive people, there is an overwhelming enthusiastic energy where anything is possible in Silicon Valley that I will miss.

I’m returning home a much more confident person with a new perspective on many things.

Oh, and finally – I got to attend a party at one of the campus fraternity houses, and it was just like the movies – with lots of free drink and of course; beer pong.

Public speaking was once one of my greatest fears, I’d do anything to avoid it at all costs.…

Last Friday I attended my first Creative Camp in Belfast, hosted at Media Zoo studios. For those unfamiliar with…